I've been eyeing this recipe for Pasta alla Norcina since Christmas when I found it in Cook’s magazine, my new subscription given to me as a gift from my stepdaughter and stepson. Anything cooking-related like recipes, kitchen gadgets, etc. will make a perfect gift for me. You don't even have to wait for a perfect occasion, I accept them year-round. 😉

Why was I so excited about this particular pasta recipe? For ones, it is an authentic Italian recipe or at least as close as it gets without going to Italy. Which I will. This June. I. Can't. Wait.

Second, the recipe revealed the greatest, most revolutionary thing of all: you can make your own sausage! In your kitchen! In about 10 minutes! How could I not be excited about that? Pasta alla Norcina is even better the next day, I swear. It’s the best. Sometimes I say to myself, Jas, is anyone really going to believe you when you say that - and then I fill in the blanks with whatever recipe I'm about to share with you and tell you - it’s the best. And the world is full of the best recipes.

For example: have you ever searched for a chocolate chip cookie recipe and found The Best Chocolate Chip Cookie Recipe Ever? Yeah, that and every recipe ever made is the best to someone.

Why would you believe me when I tell you this is the best pasta recipe? Is it really going to get you into your kitchen to make your own sausage when you much rather go to an Italian restaurant and let them cook for you? It is your choice, but if you need to impress your dinner guests this is definitely that one Italian dish you want to serve.

In fact, it's so good, I just had to update the recipe (originally posted in 2014) so it's more comprehensive for you as well as add new photos. I'm also entering it into our monthly Noodles Without Borders project because it deserves a special spot.

WHAT IS NOODLES WITHOUT BORDERS PROJECT?

Noodles Without Borders is a monthly challenge that my friend Bobbi of Healthy World Cuisine and I started in August last year. We each share around-the-world yummy pasta recipe on the first Tuesday of every month. Make sure to visit Bobbi and get her recipe for nourishing slurping noodle!

Why pasta? It's such a versatile, international, comforting, and easy ingredient that everyone loves. Tag you pasta recipes with #noodleswithoutborders on Instagram so we can find you! Pasta alla Norcina is a typical recipe from the ancient Italian town of Norcia, in the southeastern Umbria region. This pasta dish showcases pork sausage and mushrooms in a light creamy sauce. The Umbria region is noted for its sausage and other pork products since the 9th century when the Lombards who occupied the region learned how to preserve pig meat with salt. Thus, a pig butcher anywhere in Italy is called a norcino.

The Italians are very, very particular about what type of pasta they use in which particular recipe, so they'd suggest penne or rigatoni pasta here. However, the recipe in Cook's magazine used orecchiette and that's what I'm using. Sue me, I don't care. 😜

Orecchiette (meaning small ears) pasta is popular pasta is Southern Italy, typically served with meat such as pork. Hence, it's perfect for this recipe.

HOW TO MAKE IT?

I CAN'T FIND ORECCHIETTE AT MY LOCAL GROCER, WHAT PASTA SHOULD I USE?

Any small pasta, like shells or macaroni, is ok. Mind you, it's not a crime to use whatever pasta you have on hand.

CAN I USE STORE-BOUGHT ITALIAN PORK SAUSAGE INSTEAD OF MAKING MY OWN?

Absolutely! But only if you're in a rush. Do you have 10 minutes? Trust me, making your own sausage is the most satisfying thing in the world. Right next to making bread. You'll feel like such a kitchen pro with minimum effort. And you get the bragging rights! Your guest will think that you slaved for hours making it and then cured the sausage for months.

· Smearing meat with a rubber spatula - The science behind it is that working seasonings into the sausage with a spatula distributes their flavor thoroughly and creates sausage texture. By “smearing” the mixture, we’re forcing the meat’s proteins to stretch out and link up together. It makes the pork appear thick and sticky.

· Orecchiette is prone to nest and stuck - To prevent this, add pasta to the pot with cold water with 1 tablespoon oil. Stir often even before the water starts to boil.

· Did you know that lemon juice brings out flavors in pasta? Drizzle fresh lemon juice over your pasta alla Norcina.

· How much sauce? - Even if it looks like you have too much and kind of a runny sauce, the sauce will thicken and the pasta will absorb all of it as it cools down. Trust me on this. I learned it the hard way. If you don't have enough sauce your leftovers will be too dry the next day. · NOODLES WITH CABBAGE AND BACON

PRODUCTS USED FOR THIS RECIPE:

I probably sound like a broken record, but if you don't own a cast-iron skillet, you better get one now! I use mine in 90% of the food I cook. They have plenty of benefits: they're non-stick, they're chemical-free, they're easy to clean, they go from stovetop to oven, they have a long lifespan and are nearly indestructible, they fortify your food with iron, and best of all - they're inexpensive!

Cast iron cookware makes cooking much easier! If you haven't already, you'll definitely need to pick at least one up. I suggest a 12-inch as it is big enough but not too big.

You can never have enough mixing bowls if you ask me. Any bowls will do a job, but I prefer a glass bowl with a lid. I used to have stainless steel colored bowls, but after a few times in my dishwasher, the color started to peel off. The bowls are still functional but ugly AF. You can browse and find the ones you like the most.

We tend to skimp on good quality cutting boards and use cheap, plastic, and rubber boards or put it on our wish list that never gets fulfilled because our dear family thinks they know you better and buy you something completely different that you don't have a use for. Sound familiar? Seriously, what's the point of asking us what we want if they're not going to buy it? 🤷‍♀️

So do yourself a favor and get a good cutting board. You will love bamboo boards, not only because they're not expensive but also because they're light in weight, durable, and protects your cutlery. Have I mentioned they look pretty too? 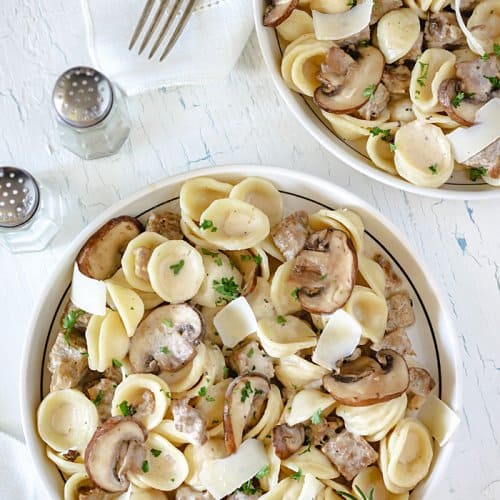 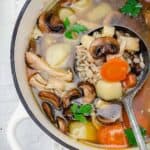 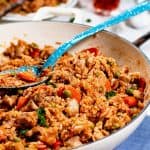 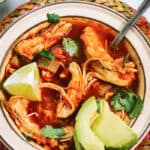 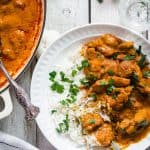 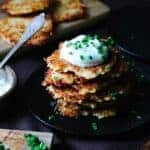 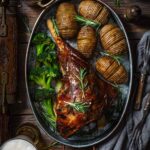 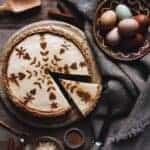 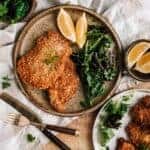 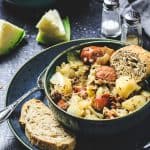