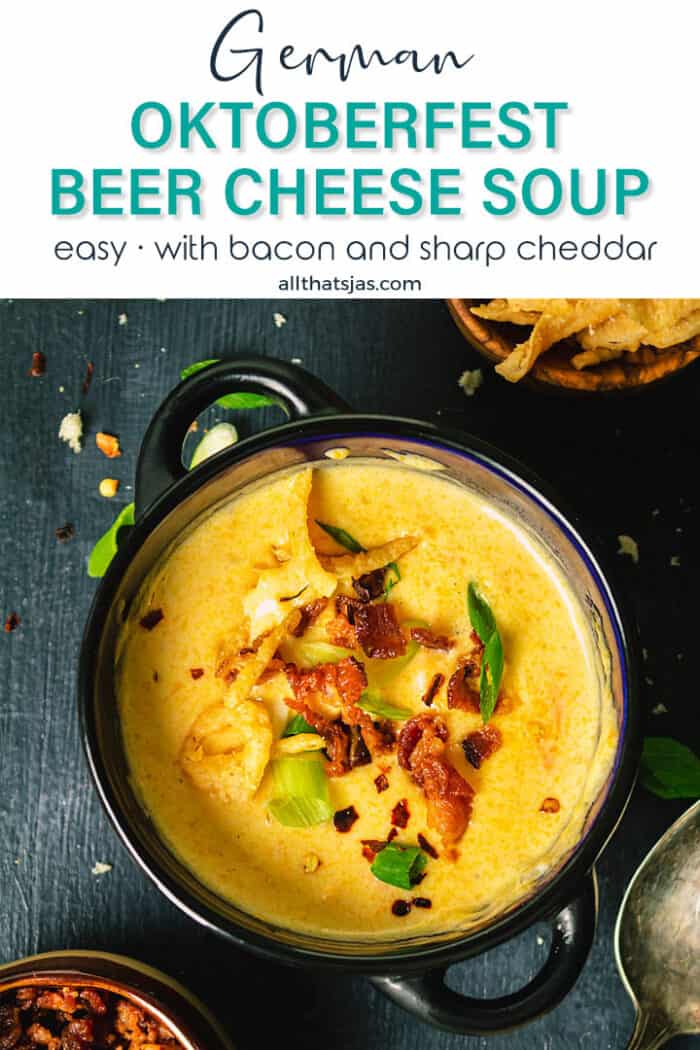 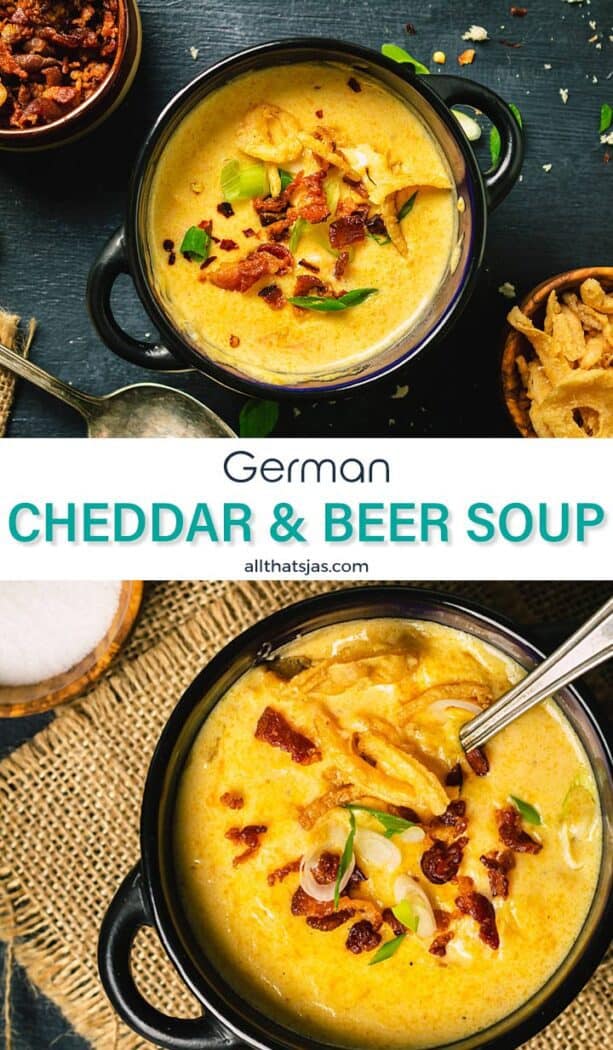 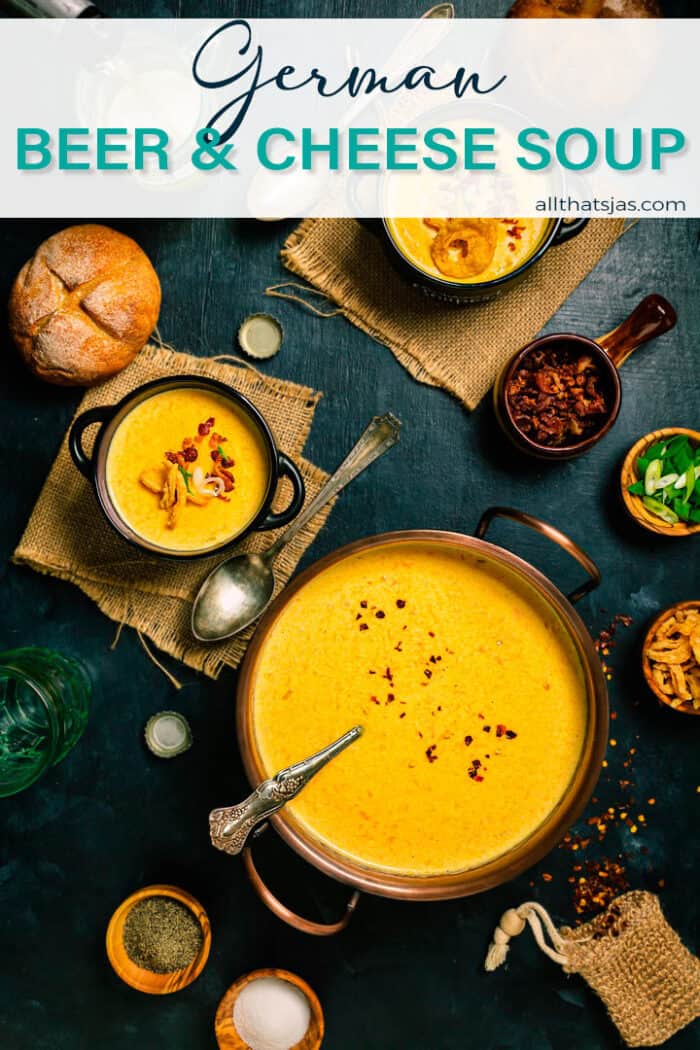 This Beer Cheese Soup recipe hits that sweet spot with a creamy, sharp flavor from the cheddar and a deep, earthy flavor from the beer. Best of all, it is done in less than 30 minutes!

It's the perfect dish to celebrate the beer holiday, Oktoberfest, as is this German barley sausage soup!

This recipe is one I learned to make in my German kitchen years ago.

The most widely consumed alcoholic drink and the most beloved dairy product in the world merged in one rich and hearty soup! If you love cheese and beer, then this is the perfect dish for you!

Bring the Oktoberfest party into your own home with this quick and easy home-cooked beer and cheese soup and copious amounts of German beer!

Not surprising considering how Europeans love their beer, this soup was actually served as breakfast during the middle ages. There are several written accounts of modern rulers enjoying this as part of their morning meal as a restorative broth.

Beer soup was brought in the US's mid-western region, mainly in Wisconsin's state, by groups of German settlers during the 19th and early 20th centuries.

Wisconsin is known to be "America's Dairyland" and is famous for producing masses of fine-tasting cheese. So it was almost inevitable that this dairy product was added to the original beer soup recipe! The result - luscious soup!

What cheese is best to use?

We recommend sharp cheddar for this recipe for two reasons:

Though this recipe only takes about half an hour to make, the deep, earthy flavor from the beer gives the impression that it was simmered for hours.

What beer to use?

Beer is the third most popular drink- after water and tea. So it is not so surprising that enterprising people have found a way to incorporate beer in dishes.

Beers have so many flavors, nuances, and elements that elevate the taste and texture of certain types of food like meats, stews, soups, and even desserts.

With the wide selection of ales and lagers to choose from, selecting a beer to use for your soup can be tricky. A thought to keep in mind: If you don't like drinking it, you won't like eating it!

I prefer to use light beer, a pale lager like a Pilsner. I highly recommend it, especially if you are trying this for the first time.

If you want to go full-on with the beer, you can choose darker, stronger brews like a stout or a full-bodied ale.

Just a word of caution, though - hoppy beers like IPAs can leave a bitter taste on your soup that can be unpleasant. So choose wisely!

For a kid-friendly soup, use non-alcoholic beer.

*Keep scrolling to get the full (printable) recipe, ingredient amounts, and more tips, or click on the "Skip to Recipe" button at the top of the page.

Can I make it vegetarian?

This soup can easily adapt to a vegetarian alternative by merely leaving out the bacon and replacing the chicken with vegetable broth..

😋 Other Amazing Recipes to Try

Oktoberfest is the celebration that demands you eat hearty food before you lift steins and make toasts, like these German classics: 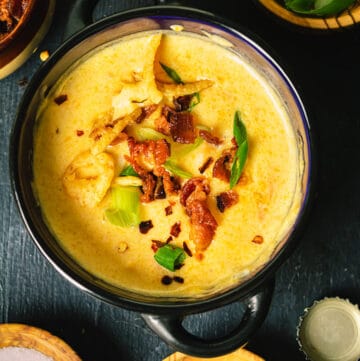 Update Notes: This recipe was originally published in February 2016 and updated in September 2020 with new photos and recipe tips.